'Snoopy' the D.J. (Warren Pereira), or known as D.J. Snoopy, is a well known top class percussionist, and sound technician, having worked with some well known artists, including 'Pink Floyd' and 'Level 42'. He performed at 'Live Aid' in New York in the eighties and was flown over from the U.K.by Concorde.

Carl Lewis of Mosa Records S.L. says of Warren, "He is a marvellous engineer and is capable of doing so much". Warren has all the necessary expertise and with their studios it is hoped that great things will start. They have already received music from 'Sashka' a singer from Germany who recorded all the vocals herself and sent them in segments to Warren who has put them altogether and it is almost ready to release, they are just looking for the right distribution company. Carl knows that the music industry is expecting great things of them.

Carl and Warren offer a variety of services, but one of their main objectives is to find that 'special voice'. Listen to "Witch's Brew" by DJ Snoopy now! 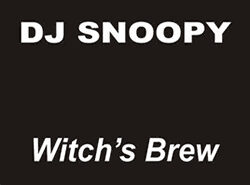